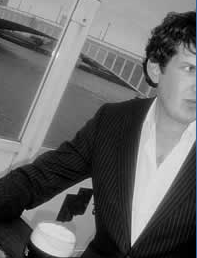 It was 2006 when I initially found out about Marfan Syndrome and that my aorta was 4.0cm. The whole discovery came about through my mother when she had a health check up and then it was later discovered in me. I was very lucky because my father had done a lot of research into the syndrome prior to me finding out that I was affected so I had a good understanding. The experience was over very quickly for me: initially I didn’t want to have the operation until I was 21 however, about a month or two before my mother was going to have her operation, I made a decision to get it out of the way and help her through hers. With two weeks to go before I turn 21 and two years since I had the ExoVasc I have never looked back or had any problems.

I made a full recovery within six weeks however, I did have a few knock backs but these were all due to my impatience and not listening to doctors’ orders. One week ago I was back at the Brompton to have my second annual MRI which showed no change.

As patient number seven I feel very fortunate and privileged to be one of the first ten. I am also very lucky to have been able to put my life in the hands of Professor Pepper, Mr Tal Golesworthy, Professor Tom Treasure and all the other people involved. I couldn’t have asked for better service, commitment and professionalism.